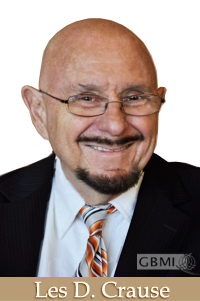 Global Business Ministries is the final product of many years of preparation by Les D. Crause.

Les was born into a Christian home and grew up in the knowledge of the Lord. He was called to the ministry at the age of 20 and made himself available to work for the Lord rather than following a normal career.

After some years of preparation he was ordained by the Assemblies of God in Zimbabwe and entered full time ministry, where he manifested a very clear teaching ministry that was successful wherever he went

But due to economic and political changes in the country he ended up returning to secular employment, and migrating down to South Africa.

There he spent some years in preparation, ministering and working from home in his own business, until the Lord opened a door for him and his family to migrate from South Africa to Mexico.

Shortly after arriving in Mexico, Les began an online ministry,reaching out to the nations with his teaching ministry. He founded a resource ministry which he named Global Ministry Resource Network, or GMRN. This ministry started out as a mailing list sending out daily devotional teachings, but ended up as a fully fledged training mechanism for the Fivefold Ministry.

Before long Les had put together a full series of teachings, first on the Prophet and then on the Apostle. The rest of the Fivefold Ministry were also covered in less detail, until there was an official online training school for both Apostles, Prophets and the Fivefold Ministry.

A short while later however, Les was led of the Lord to learn and put together a new series of teachings relating to business as a calling. In order to devote himself fully to this, he handed control of the ministry side over to others, whom he had trained up for this task, and he now spent a season in training for a new mandate – The Fivefold Business Calling.

After several years of training and producing outstanding teachings on the subject, he was instructed by the Lord to once again take up his original ministry mandate and combine the two together into a much bigger Ministry Organization than any he had founded previously.

Having merged the Business and Ministry Roads, the Lord now told him to add the third and final road, the Social Road. He anticipated once again taking the helm of Apostolic Movement International, but his daughter and son in law were not willing to reliquish control of this ministry as they enjoyed being in control and had made some changes.

So Les decided to establish a new organization which embraced all of the new emphases. There was a parting of the ways, very much like what happened with Paul and Barnabas, and each separated to follow their own path. And since AMI were now doing things very differently to the way he had established it, there could no longer be any ministry association between the two.

So Les decided to establish a new organization which embraced all of the new emphases and so Global Business Ministries International was born, and launched. Les now continued to add more teachings on all of the Fivefold Ministries as well as the Fivefold Business Calling. And in due season the Lord led him, his family and ministry team to return to South Africa to set up a full training mechanism that was far more comprehensive and all embracing than what had been previously offered.

Working now from their ministry center in Johannesburg, South Africa, Les and Daphne and their new Ministry Team are reaching out to the world. They are raising up leaders who will build a New Church and lead the Body of Christ to a new place internationally.

They run live training classes in their Ministry Training Center in Kempton Park, South Africa and also offer distance learning in four different schools. These include a very comprehensive Apostolic School and Prophetic School as well as a Pastoral School which embraces the ministries of Pastor, Teacher and Evangelist. In addition there is a Fivefold Business School which offers training for Fivefold Entrepreneurs that is unavailable anywhere else.

To find out more about these training schools, visit the main GBM Schools website at https://www.gbm-academy.com

Les’s main role is training the Apostles of the Future Church, and he is currently presenting a full three year Apostolic School course called the Cave of Adullam Apostolic Training Course which is the most comprehensive training for Apostles available anywhere in the world.

Functioning originally as both Moses and Davidic types of Apostle, Les is now raising up the future Joshua’s and Solomon’s who will bring about the formation of the New Church, and also bring the Body of Christ to place of financial liberty not seen before.

To find out more about Les, you can visit his personal ministry website at https://lescrause.com.

You can also find him on Facebook at https://www.facebook.com/Les.D.Crause/ 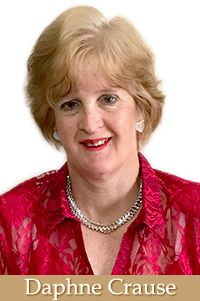 Daphne Crause is the wife of Les, and the Spiritual Mother of this ministry, which they founded together.

With many years of experience as a Secretary, Daphne has had exposure to many different business environments, including the mining and medical industries. She is adept at editing, formatting and preparing books and products for publication. And with her knowledge of business she is able to stand in her own right as a Female Entrepreneur.

Daphne’s forte in ministry is teaching the subject of Prayer and Intercession, which was her passion as a spiritual parent. Now she is reaching even further to teach other basic subjects to believers.

Les and Daphne plan to provide a new model for husbands and wives to work together as a team, both in business and ministry.

To find out more about Daphne, you can visit her personal ministry website at https://www.gbmi.co.za/godwife/.

Nadine Stohler left her homeland of Switzerland some years ago to become part of the ministry team of GBMI. She moved through the ranks as she completed each level of training, and then took her place as a Trainer of the Fivefold Ministry.

She now stands next to Les as a leader in her own right to help bring the Church into this new era, which will reveal God’s Pattern for the End Times Church.

Nadine has a real passion for bringing the Body of Christ into a greater awareness of the love of Jesus, and to help all experience the glory of God.

She functions as an Apostolic Teacher and carries the bulk of the live training, especially in the Prophetic School, where she is currently running several Prophetic Training classes.

Her passion is for the younger generation, and while functioning as a leader her main role is to raise up a new Joshua generation that will take the world for the Lord.

To find out more about Nadine, you can visit her personal ministry website at https://nadinelovesjesus.com/

You can also find her on Facebook at https://www.facebook.com/nadinecstohler/ 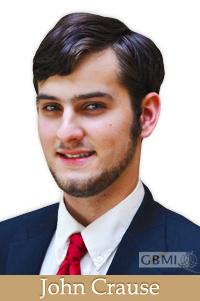 John is Les’s fourth child, and only son. He is the son of Les and Daphne, and is learning to pour out to others all that his father and mother have poured into him.

Trained in both ministry and business, John holds a unique position for someone his age. He is also unique in that he has never had a formal education and has not spent a single day of his life in a formal school setting.

When Les and Daphne arrived in Mexico there was no school that offered lessons in English, and at that time there were no finances to pay for schooling anyway. So John became a prototype of a new generation. He is proof that a child can be raised without being contaminated by the world system and yet rise up in knowledge beyond his peers.

John has single-handedly carried the burden of the entire production of resources, first for the ministry division, and now for the business division. Every book, DVD and other tangible product sold has passed first through his hands.

He has a good Teaching ministry, flows well Prophetically, functions as a manager and is currently in training for higher leadership. He has picked up much of his father’s anointing and is progressively rising up to take his place as a leader in the Kingdom of God.

To find out more about John, you can visit his personal ministry website at https://johncrause.com/index.php.

You can also find him on Facebook at https://www.facebook.com/john.crause.7/ 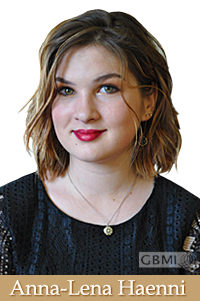 Anna-Lena is the eldest daughter of Ernst and Sonja Haenni. She is a newcomer to the team and having completed her schooling, she is now in training with us in our ministry center in South Africa.

She has many talents that we are using to help run this ministry, and you will soon get to know her better as she finds her place in a new land, and a new language.

She has a real openness to the spiritual realm and flows well in Prophetic Revelation. As she continues to train for the call of God on her life, we expect her to rise up and take her place as a valuable part of our ministry team.

Anna-Lena is currently being discipled by Nadine, and quickly rising up to function in both teaching and prophetic ministries. She has already become an active part of the team, and has even begun to minister from the pulpit.

To find out more about Anna-Lena, you can visit her personal ministry website at https://gbmi.co.za/annalena/.

Enroll In This School